Turn Back The Clock Today By Booking Your Consultation. 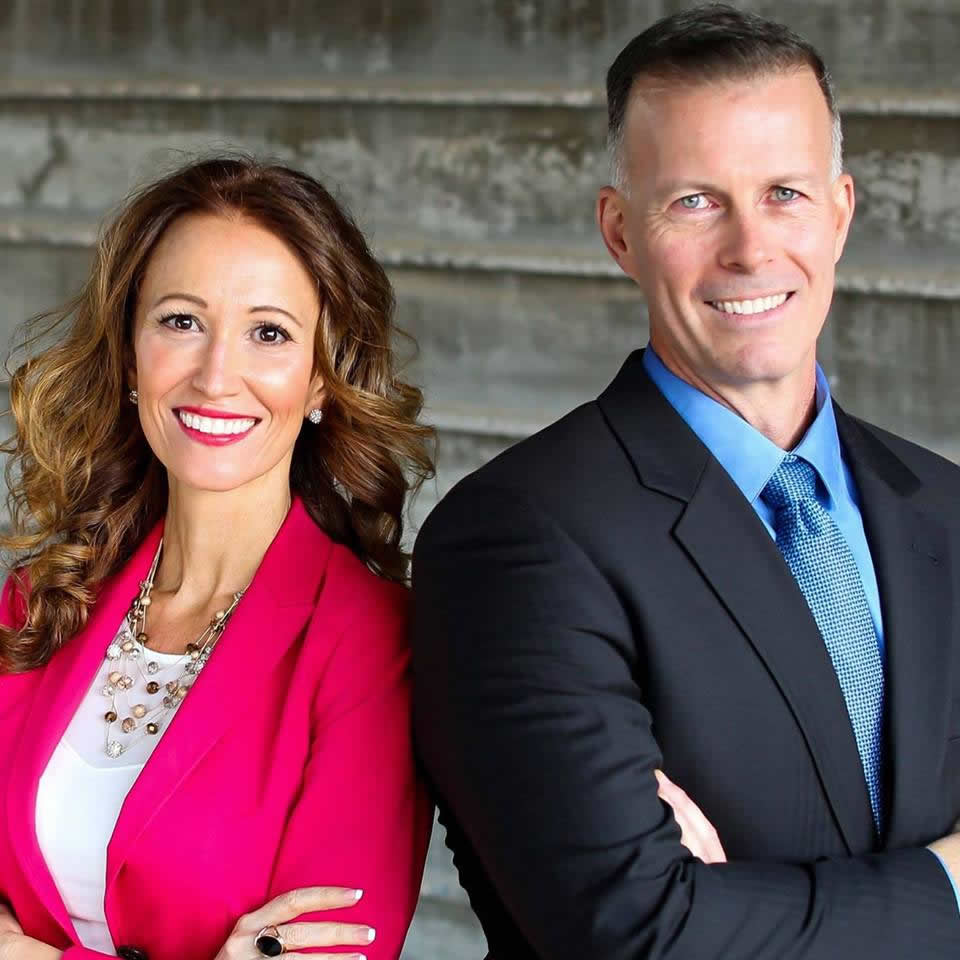 Dr. Jeff & Larissa Woolston’s journey to become doctors started 4,579 miles apart. Jeff is the oldest of 4 siblings from mid-Michigan. He enjoyed sports and staying active. After a disappointing freshman year of baseball in college he decided to pursue a degree in exercise science.

Larissa grew up in the beautiful port city of Rijeka, Croatia. She came to the US at the age of 14, and learned English from TV and survived on the streets of Brooklyn. Larissa’s passions were health, nutrition, and psychology.

They met in chiropractic school in Spartanburg, South Carolina. Jeff used the mutual love of dogs to secure a doggie play date. He was then able to coax that into a real date and they quickly fell in love. The whirlwind of school and romance culminated in their final weekend as they graduated on Saturday and were married on Sunday.

After graduation they decided to move to Arizona and follow Larissa’s mother and step father. Jeff had no desire to return to Michigan and they both wanted to stay away from the cold. Jeff worked 2 jobs a day to try to make enough money to start their office. Larissa gave birth to Hannah and she became her primary focus. With help from family they established the Woolston Wellness Center in the spring of 2000.

Jeff & Larissa welcomed Natalie to the family in 2002. Parenthood meant swim meets, dance recitals, and constant running around as their taxi. Early on Larissa decided to change professions and became a psychologist . She was a mother by day and took classes at night. Ultimately, she worked in the Deer Valley Unified School District for 7 years.

Fast forward to today the Woolston Wellness Center has been a fixture in North Scottsdale for over 20 years. They see all age groups of patients, but with the emphasis on the treatment of motor vehicle collision injuries. They have combined almost 700 hours of continuing education in the medical/legal realm. Jeff says, “When you understand how to diagnose and treat the acute patient it makes diagnosing and treating the chronic patient easier.”

Dr’s. Jeff & Larissa are certified by the AAMVI American Academy of Motor Vehicle Injuries and the Spine Research Institute of San Diego. Dr. Jeff also is certified by the Personal Injury Institute, and certified in spinal ligament instability by Spinal Kinetics.

Dr. Jeff serves on the Exam Board for the AAMVI, has been a delegate with the Arizona Association of Chiropractic since 2016, and is active in securing chiropractic inclusion for future health models for the 21st century.

What Makes Us Unique

What sets the Center apart from other chiropractic/rehab clinics is our approach to diagnostics and treatment. Each patient is treated like our PI (personal injury-motor vehicle collision injuries) and work comp patients. Every detail is examined as if it could proceed to court. We use the same guidelines for our medical insurance, medicare, and cash patients as we do the PI and WC. This level of attention to detail is labor intensive but we believe is the best practices in our profession and will ensure the best outcomes.

We practice by the mantra “You can’t treat what you haven’t diagnosed.” After a thorough consultation and examination our next step is functional x-rays. According to the American Medical Associations Guides to the Evaluation of Permanent Impairment the gold standard exam for spinal ligament instability is flexion/extension films measured thru computerized analysis.

Spinal ligament injuries are the #1 cause of chronic pain and disability in the world. Only about 5% of the DC’s in the country access for these instabilities. The Center performs this exam on everyone.

Give us a Call

Send us a Message

Saturday - By Appointment Only

Give us a Call

Send us a Message

Saturday - By appointment only